11 picturesque towns and villages in Sarthe stand out as Petites Cités de Caractère®. With their preserved heritage and their activities throughout the year, they promise a delicious journey through time. Discover these architectural treasures during your holidays in Sarthe!

The Petites Cités de Caractère in the north of La Sarthe

Distinguished among the most beautiful villages in France and elected 2nd favorite village of the French in 2021, Fresnay is an old fortified city with pretty weavers’ houses. The ramparts and the Roussard stone give it a very special atmosphere.

Located in the center of the Alpes Mancelles , Saint-Léonard surrounded by steep scree is an ideal starting point for hiking. A visit to the Domaine du Gasseau promises a wide choice of sporting or cultural activities.

Around the castle-fortress and its collegiate church which dominates the city extends a forest massif of 3500 hectares conducive to hiking. On Lake Sillé, you can enjoy a boat trip, the equipped beach or even zip-line courses in the trees.

The capital of Maine Saonois stands out for its Italian-style theatre, its early 19th  century Halles, the churches of Saint-Nicolas and Notre-Dame with their Renaissance façades, and the former convent of the Visitation.

The Petites Cités de Caractère around the Sarthe Valley

The small village of Asnières crossed by the river La Vègre presents charming alleys around the medieval bridge and a picturesque mill. Don’t miss the murals in the Saint-Hilaire church and the Manoir de la Cour , a 13th century stately home with exhibitions, shows and entertainment.

The town is home to a few Gallo-Roman remains, beautiful mansions around the feudal motte and the rue de l’Eglise as well as an astonishing Haussmann district. The Claude-Chappe museum pays homage to the inventor of the telegraph born in Brûlon. Nearby are a leisure center and several unusual accommodations (tipis, treehouse).

Located on the banks of the river, Parcé-sur-Sarthe is distinguished by its mill nestled along the banks and the high bell tower of the Saint-Pierre tower which serves as a landmark for pilgrims to Santiago de Compostela. Its flowery streets with houses with canted sides and round towers hide many wells and a salt loft.

The Petites Cités de Caractère of the Loir Valley

Around La Flèche and its famous zoo are two Small Towns of Character nestled in the Loir Valley: Le Lude and Luché-Pringé.

Around the famous castle of Le Lude and its gardens, beautiful bourgeois residences and mansions invite you to stroll through the narrow streets of Le Lude. Admire the Renaissance façade of the Maison des architectes and discover the Saint-Vincent church.

Located on the banks of the Loir, the 15th century Mervé mill remains one of the most beautiful in the region and the only one with fortifications.
From the Romanesque porch of Notre-Dame de Pringé to the Plantagenêt choir of the Saint-Martin church, a visit to the village promises charming discoveries.

The Petites Cités de Caractère of the Perche Sarthois

A land of art and history located to the east of Le Mans, the Perche Sarthois has two Small Towns of Character: Montmirail and Saint-Calais.

Built on one of the highest points of the Sarthe, Montmirail is renowned for its castle perched on a steep hill 160 m high. The architecture of the village alternates between red brick, freestone and lime plaster.

Located on the banks of the Anille, Saint-Calais seduces with its medieval-inspired garden, its washhouses and garden pavilions called gazebos. Do not miss the Halle aux grains, the Notre-Dame church and the museum-library of this small Haussmann-style town.

All the Petites Cités de Caractère 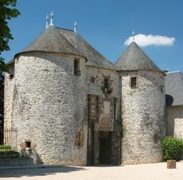 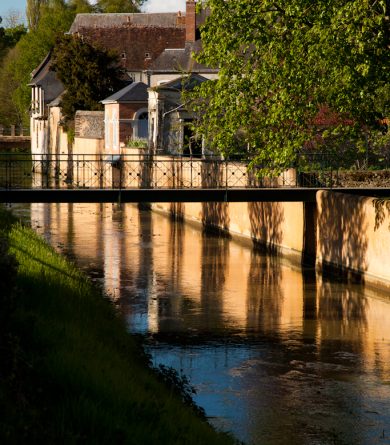 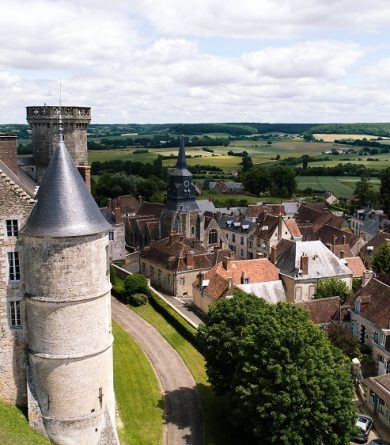 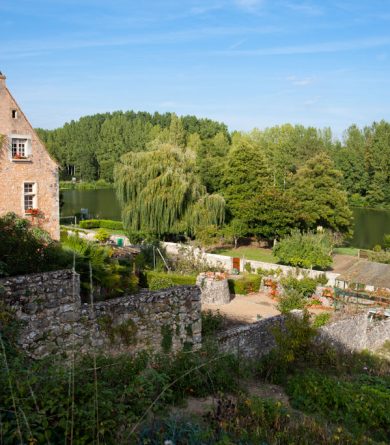